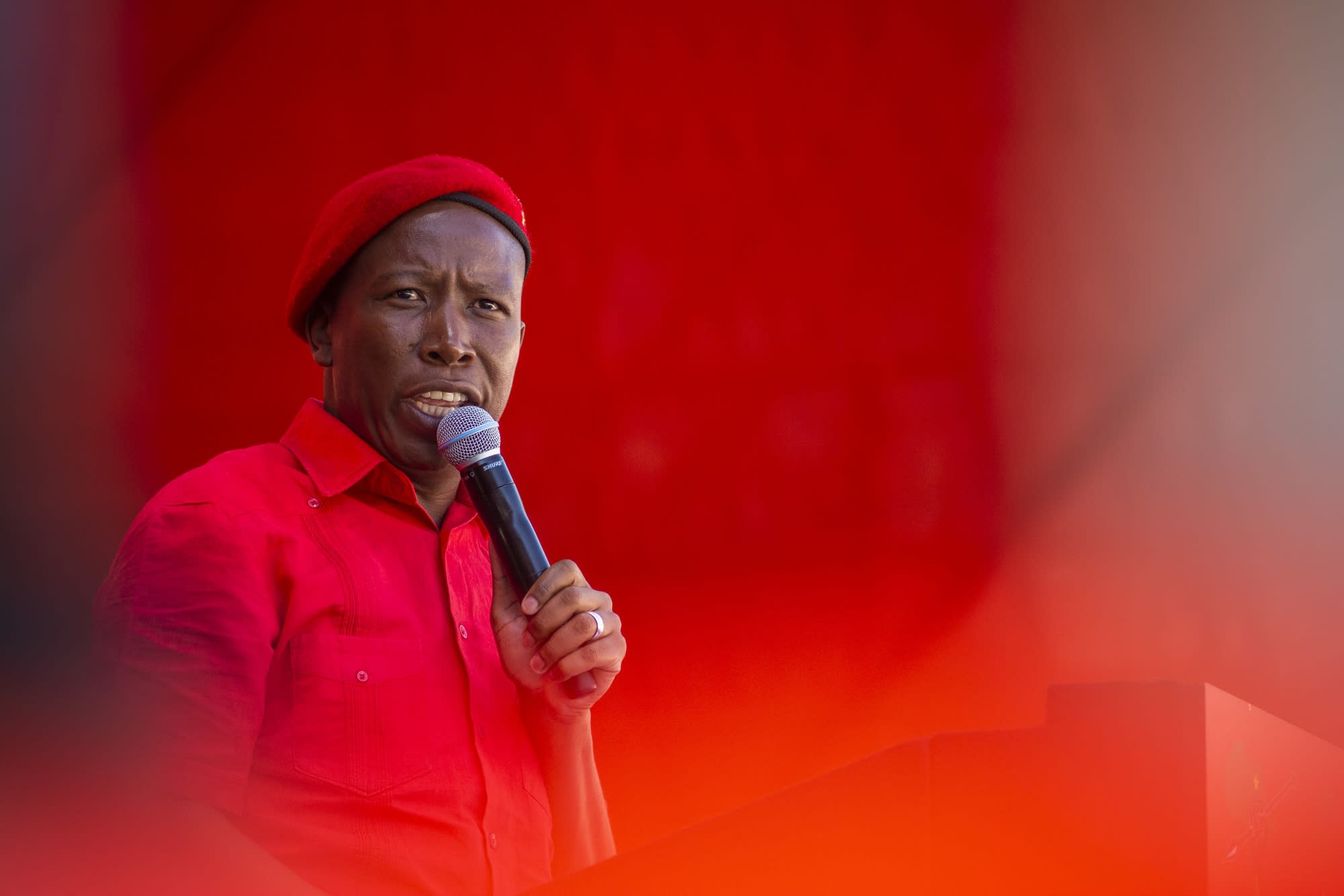 (Bloomberg) — South African opposition leader Julius Malema presented himself to the police’s special investigative unit over allegations that he illegally fired a weapon.

Malema arrived at the offices of the so-called Hawks in the capital, Pretoria, on Tuesday. His party, the Economic Freedom Fighters, said Monday the unit would issue a warning statement to Malema. The 38-year-old was filmed allegedly shooting a rifle into the air during the party’s five-year anniversary celebrations in the southern town of East London last year.

Malema told reporters the Hawks informed him further investigations are being conducted on the incident after a prosecutor refused to move on the evidence presented before him. Known for his abrasive politics, Malema heads the country’s third-biggest opposition party and often portrays himself as a defender of the poor.

“Someone, somewhere is sitting and making stupid decisions and not applying the law,” he said. “What is happening here is that they are using us as a diversion.”

His appearance before the Hawks came a day after the Daily Maverick, a Johannesburg-based news website, alleged that Malema was a beneficiary of funds embezzled from failed VBS Mutual Bank and used the money to finance his political aspirations and lavish lifestyle, including the purchase of Gucci apparel and other luxury items.

EFF spokesman Mbuyiseni Ndlozi said he couldn’t immediately comment when contacted on Tuesday. The party has previously said there’s no proof its officials did anything wrong.

“The allegations on VBS are a fabrication and unfounded,” Malema said. “Louis Vuitton and Gucci, I have worn it before. I don’t buy it with VBS money.”

He said he won’t take any action against the Daily Maverick.

Malema established the EFF in July 2013 after he was expelled from the ruling African National Congress. His party won 11% of the national vote in May 8 elections.

–With assistance from Amogelang Mbatha.

To contact the reporter on this story: Nkululeko Ncana in Johannesburg at nncana@bloomberg.net

To contact the editors responsible for this story: Paul Richardson at pmrichardson@bloomberg.net, Rene Vollgraaff, Pauline Bax

bloomberg.com” data-reactid=”58″>For more articles like this, please visit us at bloomberg.com