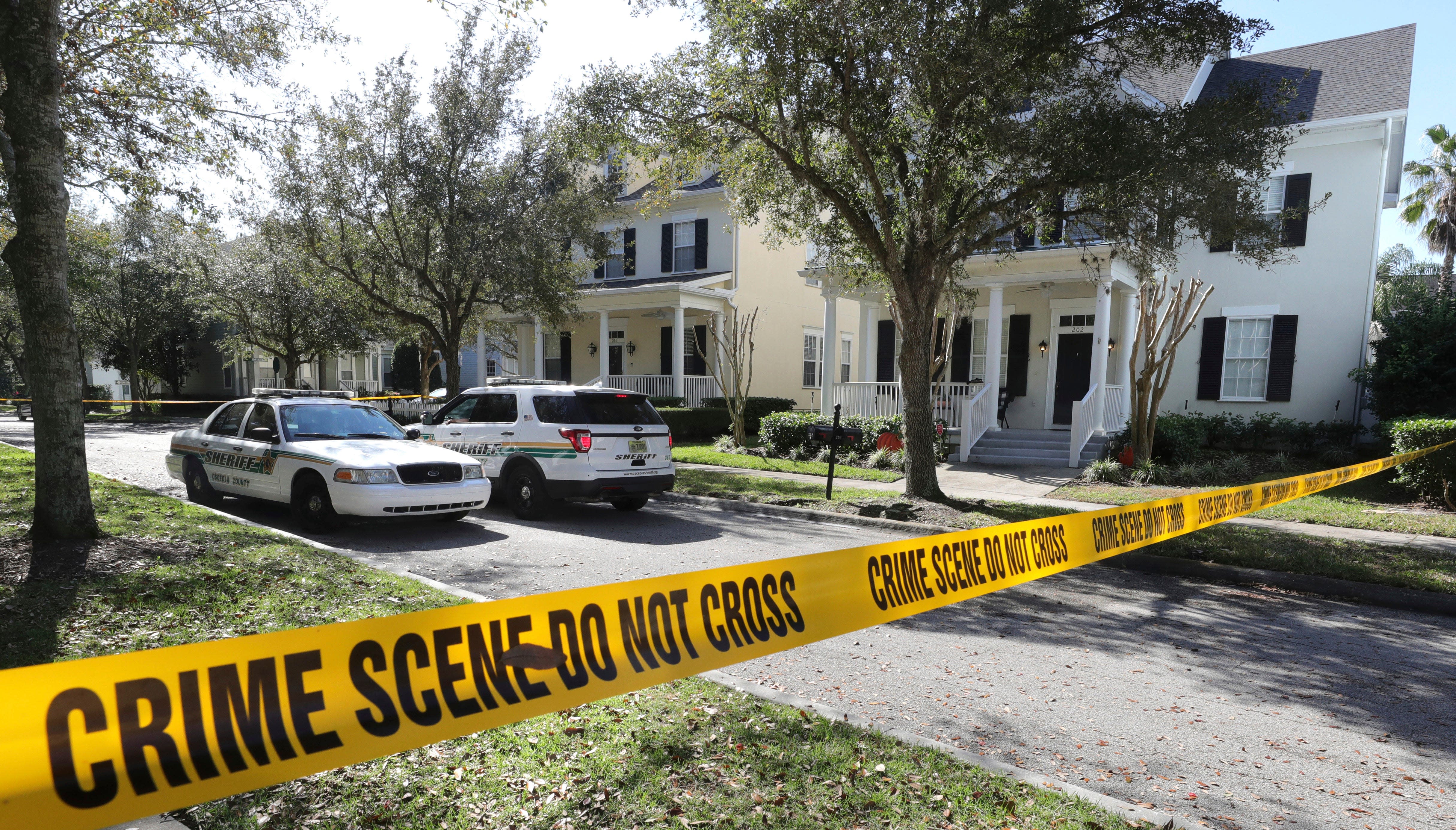 Sheriff’s deputies in Florida called to serve a warrant instead found the bodies of a woman, her three children and the family dog, and a husband and father who confessed to killing them all.

The bodies of Megan Todt, 42, and the children ages 4 to 13 were discovered Monday by deputies and federal agents from Connecticut who went to serve a federal warrant at Todt’s home in Celebration, Florida, near Walt Disney World.

“As sheriff of Osceola County, it brings me great sadness to report such a tragedy,” Gibson said. “We grieve along with the victims’ family and friends, along with the community for this tragic loss of innocent lives. I cannot understand what would cause a person to commit such evil and horrendous acts.”

Gibson did not say why federal agents were investigating Todt. He also didn’t comment on the causes of death for Todt’s family, saying he wanted to wait for the coroner’s report.

“The Office of the (Connecticut) Attorney General can confirm we have an open False Claims Act investigation into Anthony Todt. Beyond that, we are unable to comment or provide further details,” a spokeswoman for the Connecticut Attorney General’s Office told the TV station.

The landlord of Todt’s five-bedroom home was also seeking eviction, claiming the family owed more than $5,000, according to court records. Todt and his businesses were facing $99,000 in debt to creditors in New York.

Deputies in Osceola County were asked to do a wellness check at the Todts’ home on Dec. 29 at the request of a family member, Gibson said. The sheriff said the deputy found nothing suspicious after no one answered the door.

During the news conference, Gibson said it was possible Todt had already killed his family at that point.

“It’s not unreasonable to believe that the bodies were there, based on what we’ve seen in the home and based on his statements,” Gibson said.

Gibson said neighbors didn’t report any foul smell coming from the house. He added the Todts were a family that frequently traveled.

“Lots of people had mentioned to me, you know, ‘Why didn’t you just kick the door down?’” Gibson said.

“There’s an element of privacy. Your home is your castle, and for us to have entered that home illegally, for illegal purposes, anything that we would find in the home could be excluded from a potential criminal case. It’s fruit from a forbidden tree.”

Gibson said deputies had been trying to get in touch with Todt since Jan. 9 in relation to the federal investigation.

Police first took Todt to the hospital after he took Benadryl and made comments about harming himself, Gibson said. He added Todt has been cooperating with the investigation and was set to be transported to the Osceola County Jail on Wednesday.

“This is despicable and cannot be tolerated anywhere in the United States of America, let alone Osceola County, Florida,” Gibson said.

Outside the Box: I’m so confused: How do I treat withdrawals from a Roth IRA?

If Promoting Wealth Inequality & Social Breakdown Is Bad, The Fed Is Evil

Mark Hulbert: Why the stock market’s top of 20 years ago is a warning for investors now