Goldman Sachs this week predicted that the Eurozone would grow at a faster pace than the U.S. in 2022, projecting a growth rate of 4.4 percent for EU and only 3.5 percent for U.S. GDP. The latest World Bank forecast, also from January, still sees the U.S. ahead, if only by a paper-thin margin of 0.1 percent, while the new IMF outlook is yet to be released.

While the jury is still out on who will trump who for economic growth this year, Statista’s Katharina Buchholz notes that there are other indicators that already show the Eurozone’s growing economic prowess and international importance. The value of global payment transactions in Euro has been inching up to that of the U.S. dollar, data from the Swift international payment network shows, hinting at increased activity around the currency. In October 2020, Euro transaction value even slid ahead of the U.S. dollar, and while that didn’t last long, the gap between the two currencies on the world stage has become considerable smaller since the start of the coronavirus pandemic. Potential reasons for this include the EU’s coordinated efforts to prop up its economy in the current crisis and its continued zero-interest fiscal policy. Faith in the U.S. economy and its growth is meanwhile shaky, according to CNBC, as uncertainty around President Joe Biden’s “Built Back Better” economic package continues. 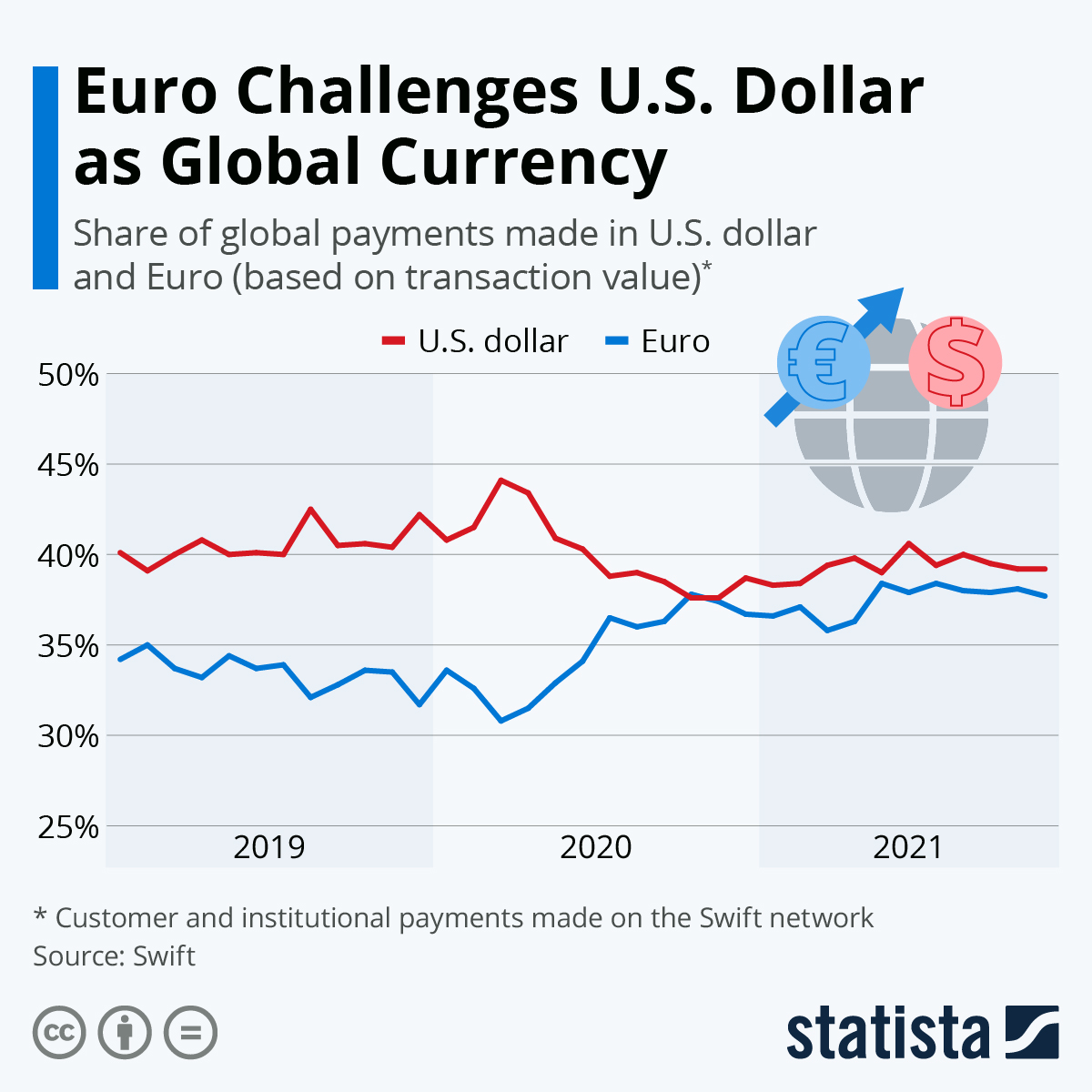 You will find more infographics at Statista

Looking strictly at payments between two actors from different currency zones – thereby excluding international payments between different Eurozone countries – the U.S. dollar still retains more of an edge as a global trade currency. The gap to the Euro stood at around 3 percent of transaction value in November 2021. Yet, economists have shown surprise at the Euro’s general international success as a strong second player since the U.S. dollar was long seen as the singular international trade currency.